Sabhas in Chennai have begun to make public their schedules for the oncoming December Season music and dance festival. It is a season when over 1000 concerts by the best and the talented young in Carnatic music world and in classical dance are held at over a dozen venues across the city in south India.

What is the December Season? The annual festival of classical music and dance which takes place in the South Indian city of Madras, now called Chennai has come to be known as the 'December Season'. The simple explanation for that tag is because the concerts are held in December and through into January; though nowadays these recitals start in November! December is Christmas time alright but Christians make a small community here - about 2.5% of the city's population. For the Hindus though it is the Tamil month of Margazhi, a time for devotion - the dawn of the Gods. And the very roots of South Indian classical music is this bhakthi, or devotion, and music has been one of the most important and traditional forms of worship. The weather is very pleasant at this time of the year, there's a nip in the air, and even a chill around if the monsoon has dragged on into late November. So it is the best time for a festival of any kind. The December Music season came to stay when The Music Academy began holding the concerts during its first annual conference in 1929 and then decided that a weeklong music festival be held to coincide with Christmas holiday week. The logic was sound. The courts were closed during that period and the sahibs were having several rounds of merrymaking. The native society leaders were at a loose end and this gave them something to do. And the city now has a 'Music Season'. Why is the festival such a celebrated one?   Because it has grown to be the stage where the who's who of South Indian classical music and dance perform.  Chennai, is the Mecca of South Indian dance and music, and every artiste feels privileged to perform here during the 'season'. The festival traces its roots to a rather loose origin when an 'All-India music conference' was held as part of a political conference of the Indian National Congress party in 1927. Those were the days when the country was warming up to the idea of independence. That festival with a few concerts was held in the cool December season. And it was held at The Music Academy, which is considered the grand-mom of the music and dance world here. Since then, more and more organisations have hosted their own festivals around that of the Academy. How big is this festival? Over the recent years, a lot more sabhas (cultural bodies), and organisers of concerts have begun hosting concerts.  Nowadays, over 1000-plus concerts are held from mid November to the time of the harvest fest of Pongal. This explosion has also produced its chaff. In fact, Madras is host to many music and dance concerts round the year. Some changes in the profile of this Fest . .  Yes. The 'season' has also witnessed many changes. Traditional arts like like the Harikatha ( which means the Story of God - a formalised musical telling of devotional mythological and didactic stories) and nadaswaram playing were given little attention; now there are more of such concerts. Purists are against the practice to give the stage to instruments like the saxophone, guitar, mandolin and keyboard in classical concerts. But more younger artistes take to it and some excel. Concerts have become shorter ( as against the four hour-long ones of the 60s), people flock to the kutcheris of the 'stars' among the artistes and there is a race among artistes to be on the best stage. And the variety on offer . . . Yes. Besides the kutcheris, the events are interesting and varied - from intellectual discussions at lec-dems in the mornings and informal face-to-face meetings with artistes to art exhibitions and album launches. The festival also attracts expatriate Indians and scholars from around the world. Sponsorship has waxed and waned for the festival over the years but has come to be a more integral part of the December Season. However, sponsorship for dance is an area that needs attention. Of late, besides the air-conditioned auditoria in the city, alternative venues like the premises of well-known temple and heritage bungalows are also being used.  The season goes on till mid January when the scene shifts to Thiruvaiyaru, in Thanjavur district to mark the attainment of samadhi of one of the greatest Carnatic composers and one of the trinity of music - Tyagaraja. Despite the chaff and the corns, the December Season  is the biggest of its kind in India and abroad. And it hosts some brilliant artistes. If you are in Chennai in December, you must attend the kutcheris here. It is easy to get tickets though the top-end recitals are sold out some times! If you want to query about the December season, email to \n This email address is being protected from spambots. You need JavaScript enabled to view it. Welcome to the December Season! 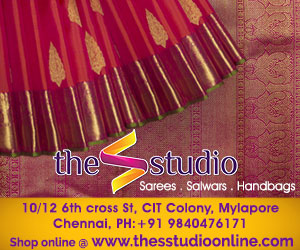 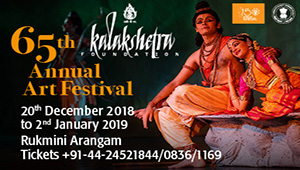